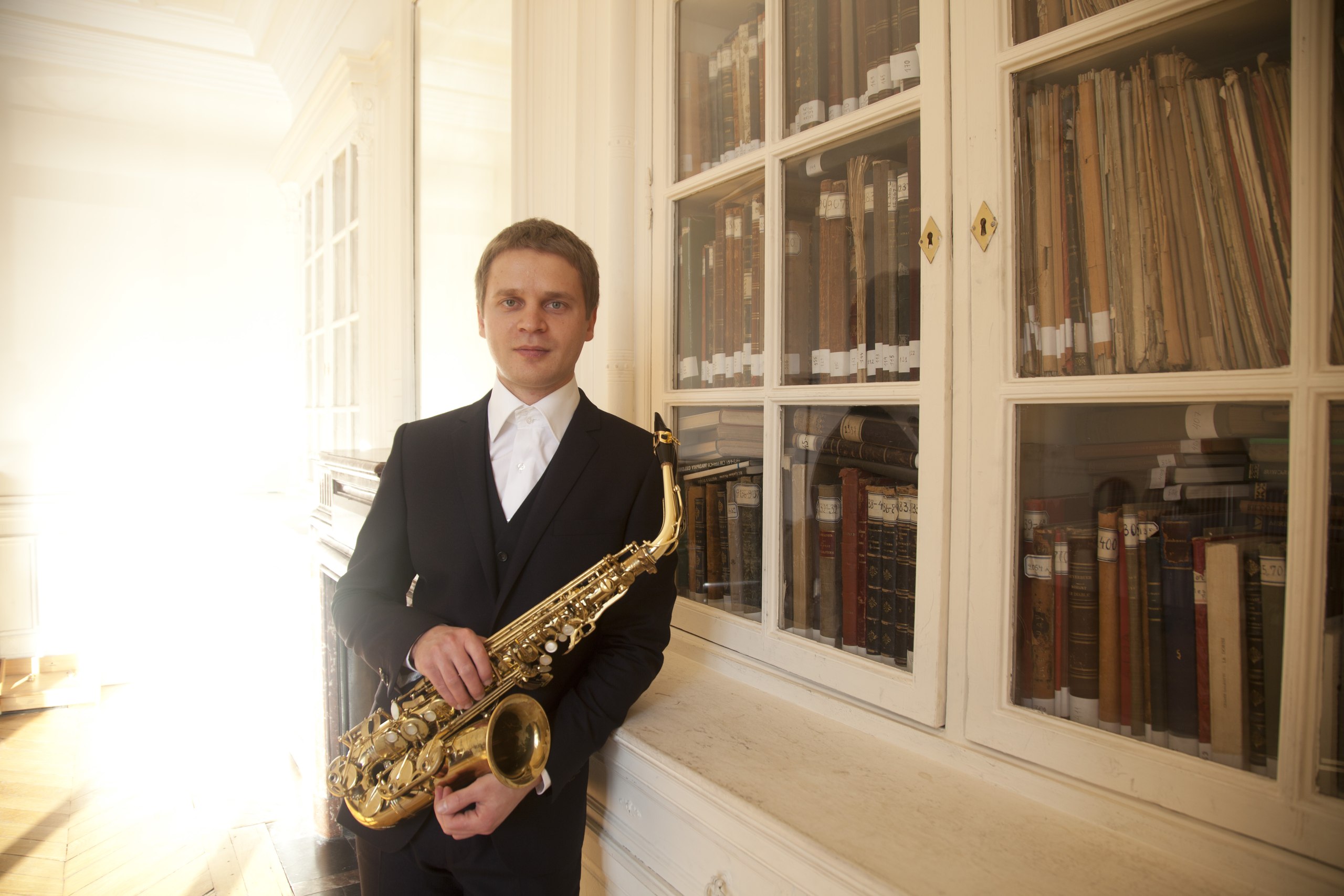 Alto-saxophone, Russia; many international competitions prizewinner, regularly performs all over the World, teacher at the Sergei Rachmaninoff Russian Conservatory in Paris.

Dmitry Uvarov is one of the Russian saxophone players recognized in the Western Europe, where he currently lives and works. Graduated the Rimsky-Korsakov Saint-Petersburg State Conservatory in 2011, he passed the entrance examination for the Aix-en-Provence Conservatory (France), and studied there under professor Jean-Pierre Caens. In 2012 he moved his studies at the Versailles Conservatory, where he studied under Vincent David.

Dmitry Uvarov is a laureate of the Russian National Competition in Krasnodar (I prize) and of several international competitions in Italy – «Amici della musica 2000» (I prize, 2004), «Musica della Val Tidone» (IV prize, 2004) and «Città di Minerbio» (IV prize, 2004). He also participated in several international competitions, such as «Classics in the streets» in Switzerland (I prize, 2006), «Art of the 21st century» in Finland (Grand Prix, 2006), «Delphic Games» (silver medal, 2009) and «Concours National de Musique» in France (II prize and special prize of the jury, 2011).

He performs regularly in different parts of the world. Recently he took part in international festivals in Wittenberg (Germany), in Aix-en-Provence (France), in Italy «Young talents of Saint-Petersburg» and in Shanghai «Days of Saint-Petersburg in China». Dmitry Uvarov’s repertory includes musical pieces belonging of many different cultures: from the works of European composers of the baroque era to 21st century Japanese music.

He currently teaches at the Sergei Rachmaninoff Russian Conservatory of Paris.