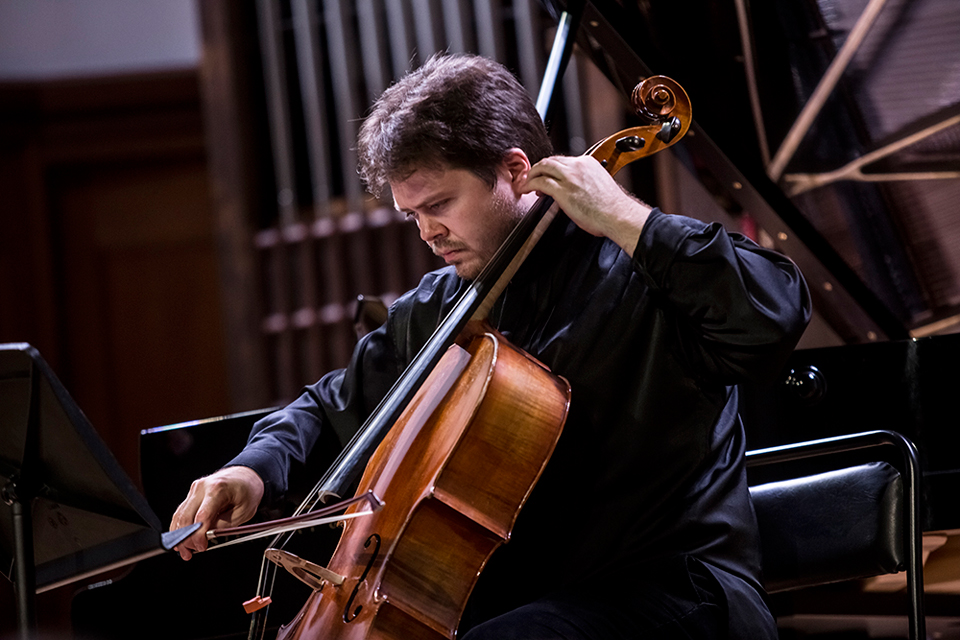 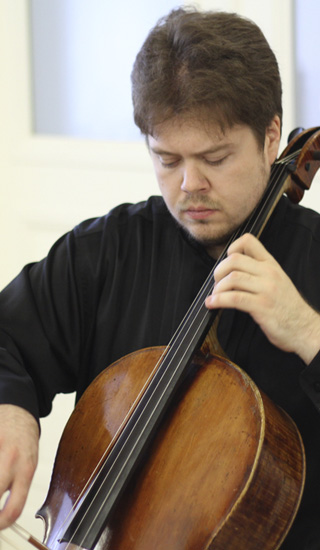 One of the most brilliant and charismatic young Russian musicians, Evgeny Rumyantsev combines brilliant virtuosity and depth of interpretation with an exciting temperament and unique cello sound. Having an outstanding artistic versatility he successfully performs as a soloist and as a chamber musician. His talent has been highly marked by Mstislav Rostropovich at the open masterclasses in the Moscow Conservatory.
Born in 1984 in Moscow Evgeny Rumyantsev started studying music at the age of 8 and received his musical education at the Central Music School under the Moscow Conservatory. In 2002-2010 he studied in the Moscow Conservatory with the People’s Artist of USSR, professor Natalie Shakhovskaya. Evgeny obtained scholarships and took part in programmes organised by the Vladimir Spivakov Foundation, the Rostropovich Foundation (Nikolai Myaskovsky’s scholarship) and the “Russian Performing Art” foundation. He has received solo and chamber music masterclasses with Mstislav Rostropovich, David Geringas, Eberhard Finke, Sergey Roldugin.
Evgeny Rumyantsev is a laureate of the XIII International Tchaikovsky Competition (Moscow 2007) and winner of the Khachaturian International Cello Competition (Yerevan 2010).
Evgeny Rumyantsev has an active concert schedule. He played all around Russia, the CIS, France, Germany, Switzerland, Italy, Great Britain, the Netherlands, Austria, Hungary, Croatia, Lithuania, Finland, Israel, Tunisia, Algeria, Japan and South Korea. He is a permanent participant of numerous international festivals.
Since 2010 he teaches in the Moscow State Conservatory and regularly gives masterclasses in Russia and abroad. Evgeny is a member of the jury in numerous international music competitions. Member of the Association of Tchaikovsky Competition Stars and the International Union of Music Professionals.
His repertoire features the majority of chamber music and solo parts for cello. He has recordings on CD, TV and Radio.