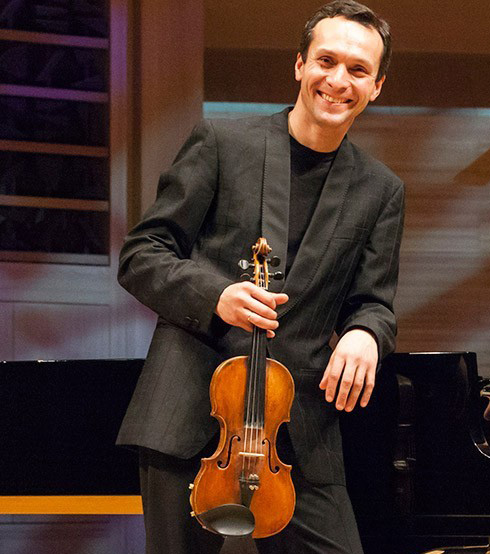 Ilya Norshtein has got a critical acclaim for his outstanding interpretive abilities and engaging podium presence.

He graduated at Moscow State Tchaikovsky conservatoire (Prof. Z. Shihmurzaeva and Prof. E.Bushkov) and got his post-graduate Diploma (F. Andrievsky in Lubeck, Germany).
He is a prize-winner of many international competitions, including the International Sabitov Violin competition (Ufa, Russia) and the Jeunesses Musicales (Belgrade, Serbia).
Ilya Norshtein performs both as soloist and chamber musician, combining his intense concert life with teaching and giving master-classes. As a chamber musician, Ilya tours both in the country and internationally, collaborating with such soloists as Natalia Gutman, Dmitry Khvorostovsky, Daniil Kramer, Alexander Gindin, Aleksandr Trostyansky, Vladimir Tonha, Aleksey Utkin, and many others.
He is the concertmaster of the famous “Hermitage” ensemble of soloists, which regularly performs in the best halls in Russia and at international music festivals.
Since 2015 Norshtein has a conducting career working with the Kaluga Youth Symphonic Orchestra.
Apart from his music career, Ilya is an active producer, participant of many art initiatives, as well as the founder of various festivals and a series of concerts. He is also the founder of the first internet edition “Moscow Music Herald”.