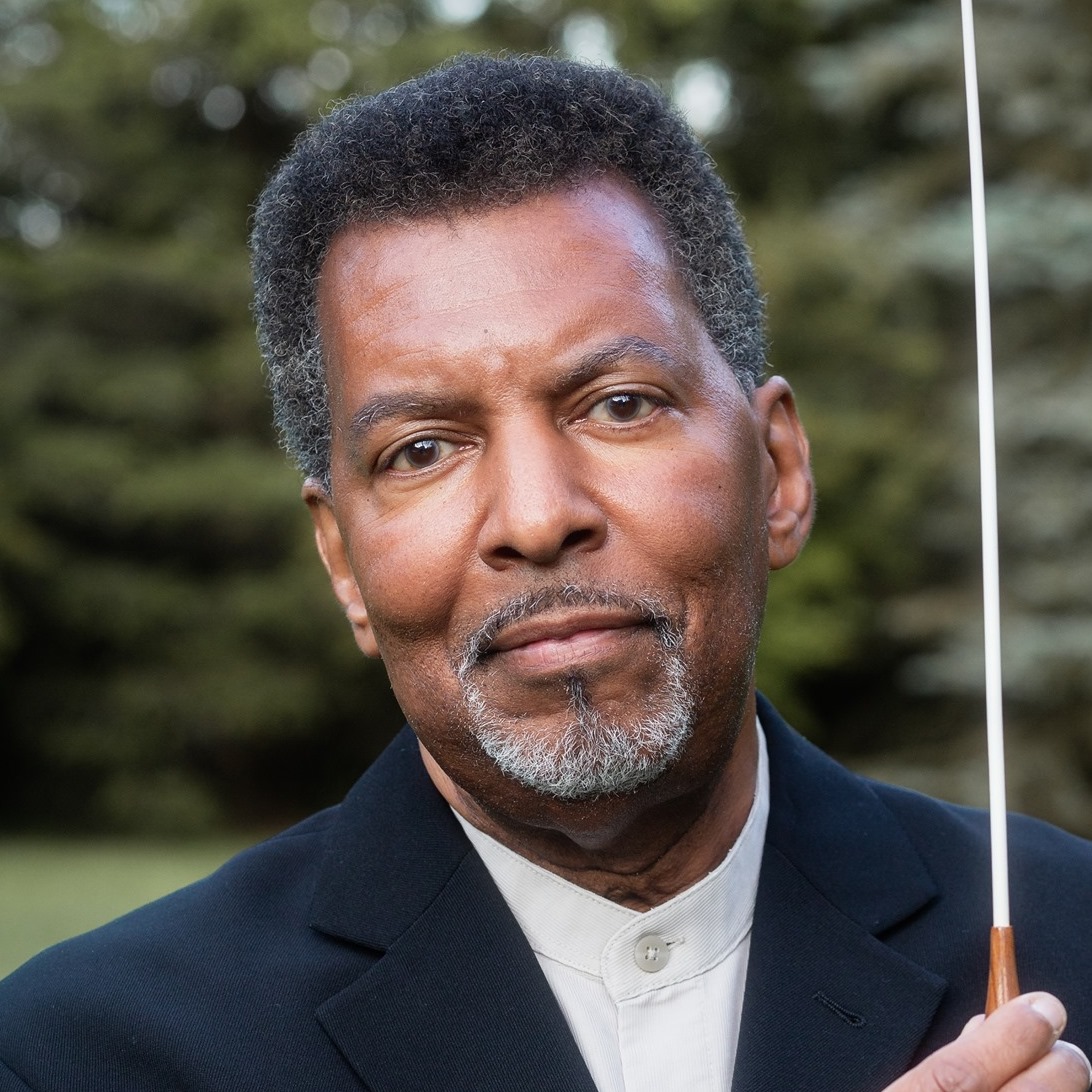 Grammy Award-winning conductor John McLaughlin Williams has been critically acclaimed for his outstanding interpretive abilities and engaging podium presence. “John McLaughlin Williams delivers absolutely masterful and deeply engrossing readings… “ writes Paul Snook in Fanfare magazine, and of his recordings the French journal Diapason noted “One of the most beautiful florets of the American collection of Naxos, and a conductor whom one hopes to hear again often.”
Equally at home in the standard literature and the masterworks of American composers, it was with the release of his acclaimed recordings on the Naxos label that his conducting first attracted international attention. With the National Symphony and Radio Orchestras of Ukraine, Williams has made world-premiere recordings of orchestral works by composers both well-known and neglected for the Naxos label’s celebrated “American Classics” series. He has been critically hailed in international publications, among them Fanfare, Gramophone, Classic FM, International Record Review, American Record Guide, and the French recording journal Diapason. His recordings appear on the Naxos, TNC, Artek, Cambria, and Afka labels. His next recording is Karl Weigl: The Complete Violin Works, recorded with pianist Glen Inanga, to be released on the Sono Luminus label.
In 2007 Williams was awarded a Grammy for the TNC recording of Messiaen’s L’Oiseau Exotiques with Angelin Chang and the Cleveland Chamber Symphony. Additional recognition came in 2009 and 2011 when he was awarded further Grammy nominations for his conducting in recordings of concerti by Ernest Bloch and Benjamin Lees with violinist Elmar Oliveira, and for Quincy Porter: Complete Viola Works. Mr. Williams is a recipient of the Geraldine C. & Emory M. Ford Award for American Conductors.
Williams has appeared around the country and internationally with such orchestras as the Detroit Symphony Orchestra, National Symphony Orchestra of Ukraine, Colorado Symphony Orchestra, Classic FM Orchestra (Bulgaria), Chicago Sinfonietta, The Cayman Arts Festival, Cleveland Chamber Symphony, the Britt Festival, and many others. He has conducted for include Platypus Theatre, the celebrated Celtic band Colcannon, and the Max Roach Double Quartet. He has conducted for R&B superstars Al Jarreau, Brian McKnight, and The Winans for “Christmas Glory”, a gospel Christmas concert for the FOX and UPN television networks. His composition credits include work with Michael Kamen (Lethal Weapon, Die Hard) for the soundtrack to Mr. Dreyfuss Goes to Washington, a documentary for the History Channel.
Williams is also a violin soloist, pianist, and chamber musician. He began violin studies at age 10 in a Washington, D.C. public school. At age 14 he appeared as soloist with the National Symphony Orchestra, and has appeared as soloist with orchestras such as the Boston Pops Esplanade Orchestra, South Carolina Philharmonic, Pro Arte Chamber Orchestra, the Portland Symphony Orchestra and others. Williams served as Concertmaster of the Virginia Symphony and was a member of the Houston Symphony. As guest concertmaster he has appeared with the Bolshoi Ballet, Kirov Ballet, American Ballet Theatre, Pennsylvania Ballet, the Opera Company of North Carolina, and the Portland Symphony Orchestra. He has performed with the Boston Symphony Orchestra and the Boston Pops Orchestra, and was Assistant Concertmaster of the Boston Pops Esplanade Orchestra. Williams has recorded chamber music for the Afka label.