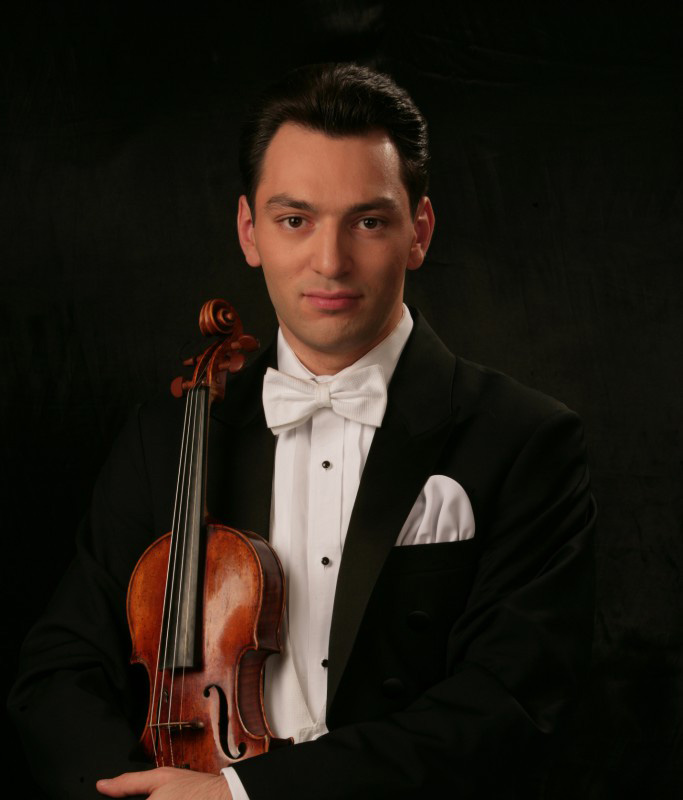 Karen Shakhgaldyan’s fate was decided on, perhaps, even before his birth: it is rare that in a family of professional musicians their children become athletes or scholars. Nonetheless, in this particular case, these family traditions played an auxiliary role in the musician’s coming into being, because Mother Nature generously awarded Karen with a great talent. According to critics’ and the public’s acknowledgement, Karen Shakhgaldyan is one of the most bright young representatives of Moscow’s musical tradition.
Looking at the charming, modern Karen, one may not guess off hand what this person does for a living. Karen, in all of his life cannot remember even one day, in which music was not present.

Karen Shakhgaldyan began studying music at when he was five years old, at a music school in Briansk, and at this same age he began performing. Today he is a graduate of the Moscow State Conservatory, the class of well-known Professor Victor Tretiakov. In 2003 Karen has finished the Graduate School of the Moscow State Conservatory on a class of a violin under the direction of the infamous Professor Maia Samuilovna Glezarova. Karen has already toured in many cities of Russia, has won first place in the international competition, and is a master among outstanding violinist of present day. Karen performed in the orchestra “Virtuosos of Moscow” under the direction of Vladimir Spivakov. Still ahead – grand plans, tours, performances, and victories.

In 1997, Karen Shakhgaldyan receives a grant from the Mstislav Rostropovich Fund and the D. Oistrach scholarship. In that same year Karen becomes a receiver of a grant from the Y.I. Iankelevich Fund.

In 1999, Karen Shakhgaldyan a prizewinner of the international competition of Pablo Sarasate in Spain.

All these years Karen performs in the Major and Minor Halls of the Moscow Conservatory and gives concerts throughout all of Russia and outside its borders.

“I cannot imagine myself without the violin, without music. I love the Russian public very much, the people who go to concerts of classical music no matter what. I am happy that I can achieve something, but after every concert, I always want to practice and perfect myself even more. After all, art does not know the limits of harmony and perfection, and for the performer there is always room for improvement. I am positive that centuries will pass, and we will still listen to Bach, Mozart, and Tchaikovsky. This is, after all, eternity!”