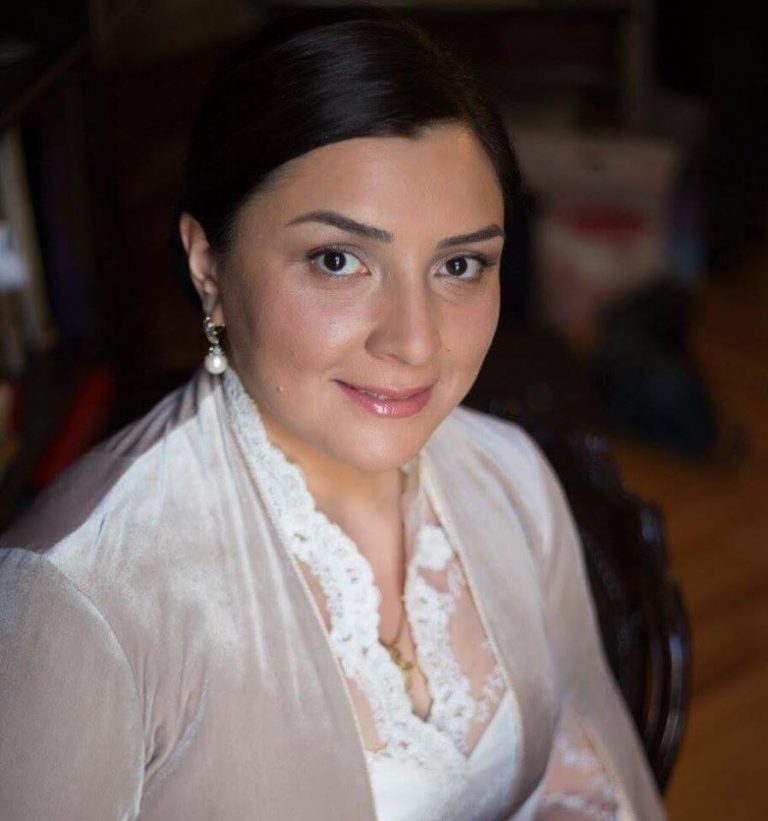 Ketevan Chepkhodze was born in 1986 in Tbilisi. Having finished Z. Paliashvili Central Music School at the age of 14 she was invited to Zurich University of the Arts as a young student under Prof. Hans-Jürg Strub. Having successfully finished the bachelor’s degree course at the age of 17 she was admitted to the Master’s program of the same University under Prof. Karl-Andres Kolly. After finishing the Master’s program in 2009 she returned to Georgia bringing different cultural projects. She was the co-author and organizer of Swiss Culture Days in Georgia, held under the patronage of the Swiss Embassy in Georgia. Besides, Ketevan Chepkhodze was a co-organizer of the Music for Peace Project held in countries which suffered from wars in the recent past. In 2012 she worked for the Ministry of Culture and Monuments Protection of Georgia.

In 2012, under sponsorship of CLB Fund she returned to Switzerland to continue studies . In 2014 she successfully graduated from the above-mentioned University under Prof. Karl-Andreas Kolly. She has actively cooperated with Dimitri Tsintsadze Fund helping children suffering from leukemia and solid tumors and given concerts in their support.

At a very young age she became a winner of numerous international competitions and festivals and gave solo recitals and performed as a chamber musician at concerts in Georgia and Europe. In 2013 she was invited to perform at such music halls as Tonhalle and Stadthaus in Switzerland.

In 2008 she performed together with the Tchaikovsky Trio (Switzerland).
In 2006 she had an honour to be the first to perform Symphony No. 5 by Andria Balanchivadze in Georgia at the concert celebrating 100-year anniversary of the composer together with E. Mikeladze State Symphonic Orchestra under direction of David del Pino Klinge.

In the same year, she was invited by a German conductor, pianist and composer Uwe Berkemer to perform together with the Caucasian Chamber Orchestra at the Grand Hall of Tbilisi Conservatoire.
In 2002 she was invited to perform at the concert Little Talents at St. Peter Church in Zurich.

She has participated in numerous international master-classes (V. Krainev, G.Balanchivadze, U. Berkemer, K.A. Kolly, H. Strub, etc.)
During these years, she has been sponsored through grants of numerous funds including Fontobel Bank, Lyra, Gerber, Erna und Curt Burgauer, Schweizerische Interpreten-Stiftung and Elsy Meyer.