Yesterday (23.02.2015) with the concert in Split, Croatia, started the Balkans Tour of the “Music For Peace” Project, which main aim is organizing classical music concerts and educational master-classes in the post-conflict states and zones devastated by acts of terrorism or natural disasters. Nearly all the former Yugoslavian countries were involved in the series of wars and military conflicts in the 1990-es. Now the most of the conflicts have been adjusted, but the cultural life and music education in many cities of the mentioned countries still suffers from the consequences of the 90-es conflicts. 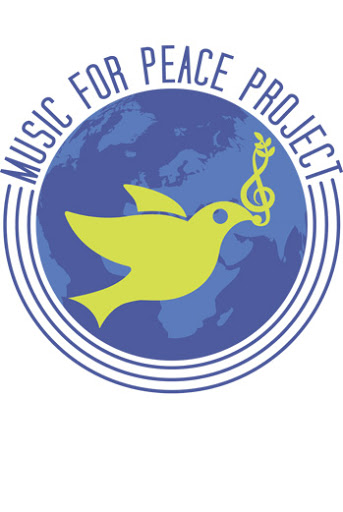 The route of the Project Founders and Art Directors Maria Nemtsova and Vitaly Vatulya started in the Arts Academy of Split, which is the biggest city in Dalmatia that was the battlefield of the Croatian War of Independence in 1991-1995. 20 years of peace made this region very popular by the tourists and the important cultural center of Croatia.

The next day (25.02.205) Maria, Vitaly and Aleksei Kiseliov (the first cello of the Royal Scottish Symphony Orchestra and the teacher of the Glasgow conservatory) will perform in Belgrade, the capital of Serbia, which was the confronting part of the War of 1991-1995. The High School Dr Vojislav Vuckovic has made the record number of the students who desired to attend piano and cello master classes in all MUSIC FOR PEACE history, so it is going to be the hard day for Maria and Aleksei. On 26.02 three Soloists and Masters of the project will go to Novi Sad, the center of Vojvodina, which was another center of contradictions between Serbians and Croatians in the early 90-es. After that on 27.02 MUSIC FOR PEACE Project will visit Nish, which is the third city of Serbia by population and cultural importance.

Kosovo is still unrecognized as an independent country by the most of the World, and its status makes the cultural life of this region suffer greatly. Maria and Vitaly has visited its capital Pristina for the first time two years ago, and that was the first official visit of the Russian Musicians to Kosovo. The coming concert on 2.03 is going present us the multinational Team of musicians: cellist from Kosovo Adorel Haxhiaj, Polish baritone-saxophonist Paulina Marta Kulesza and Russian pianist Maria Nemtsova and saxophonists Vitaly Vatulya, Dmitry Uvarov and Evgeni Novikov.

From Pristina the way of the MUSIC FOR PEACE musicians lies to Bosnia and Herzegovina, the battlefield of the bloodiest War in the modern history (since the end of the World War II). Now this country enjoys peace for almost twenty years, but cultural difference between the Sunny Muslim and the Christian (mostly Orthodox) population is still very strong. Therefore, the MUSIC FOR PEACE soloists will give master classes and concerts in the both parts of the country: in Sarajevo, which is populated mostly by the Muslims, on 4.03 and Banja Luka, which is the Christian Serbian city, on 5.03.

The last stop during the musicians Balkan Tour will be Ljubljana, the capital of Slovenia, which culturally is close to the Western Europe. Maria Nemtsova (piano), and saxophone players Vitaly Vatulya, Dmitry Uvarov, Evgeni Novikov and Paulina Marta Kulesza, will perform in Kasina Hall on 7.03.