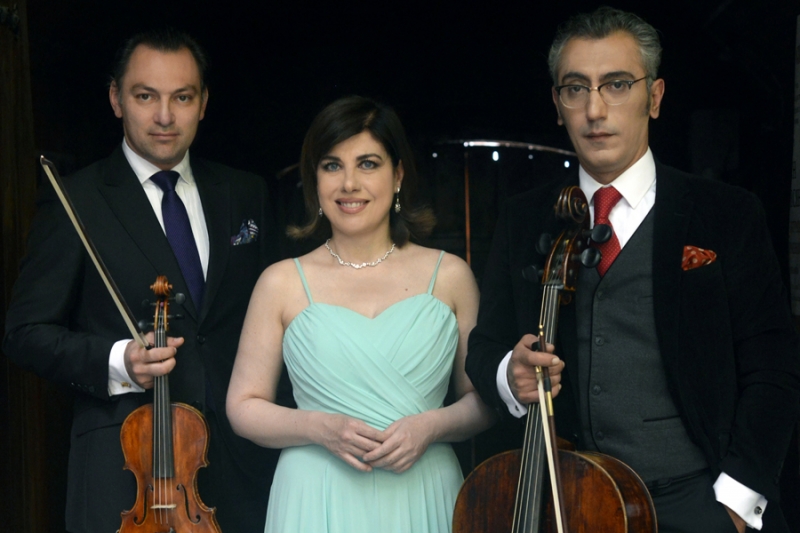 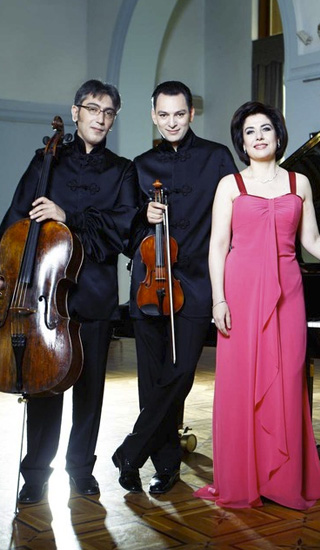 In 2010, together with philanthropist Assadour Guselian, who was close friend of Aram Khachaturian, musicians established Classical Music Development Foundation, which helped them to improve their educational and charity activity.

The critics have highly praised the Khachaturian Trio’s virtuoso performances, subtle sense of style, warmest sound, brilliant and deep musicality. Members of the Trio are involved in pedagogic activity by giving master classes in music schools of various regions of Armenia.

In 2013, to the Aram Khachaturian’s 110th Anniversary Year, ensemble presented a colossal project, which continued in future: in several cities in Russia,(Nizhniy Novgorod, Krasnodar, Vladimir, Murmansk), and in Armenia, (with State youth symphony orchestra, conductor Sergey Smbatyan), musicians performed in on night three concertos by Khachaturian, for piano, for violin and Concerto-rhapsody for cello.
Also, during the Jubilee year, trio performed in Yerevan, in composer’s House-museum, all his solo sonatas – for piano, for violin, for cello and for viola, (violist – Maxim Novikov).

The Trio works in tight collaboration with contemporary composers. It has premiered a number of new works, which were commissioned by them. The members of the Trio are three established and highly regarded chamber musicians. The Trio’s repertoire covers a wide range of music styles.

Trio is working in good connections with Aram Khachaturian’s Museum in Yerevan, which is possible to name as a “laboratory” for a musicians of a Trio. They recorded CDs here, their concerts are permanently taking place here, as well as several education projects, which were inspired by musicians of a Trio.