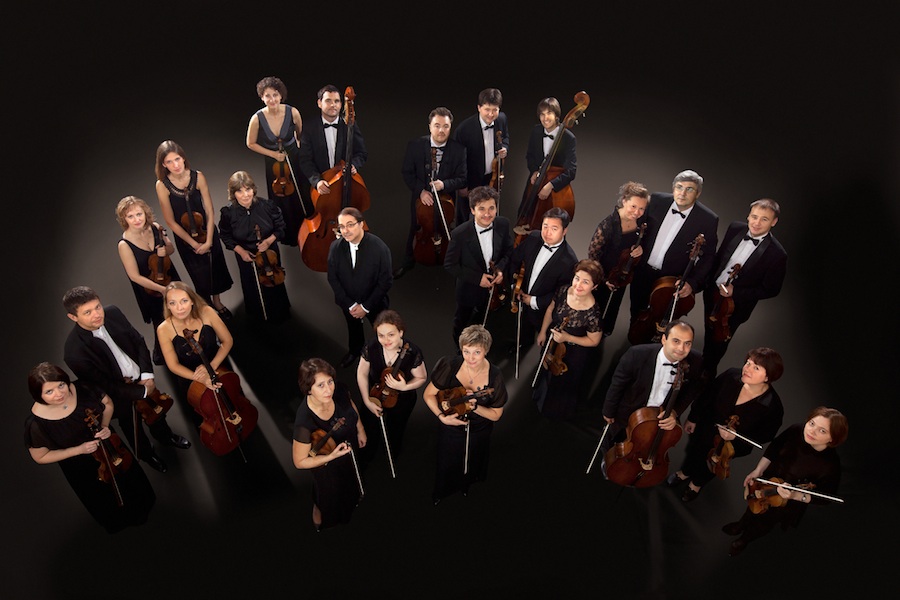 Musica Viva’s origins go back to 1978, when violinist and conductor Viktor Kornachev founded a musical ensemble of nine players – all young and enthusiastic, and recent graduates of Moscow’s musical academies. By 1988 the ensemble had grown into a fully-fledged orchestra, now under the direction of Alexander Rudin – who also gave the group its name, Musica Viva – Latin for ‘living music’.

Under Rudin’s leadership the orchestra has become a formidable musical ensemble, achieving the pinnacles of artistic endeavour, and ranked along Russia’s finest orchestras. Musica Viva today is an all-round musical ensemble – which performs the widest possible range of compositions in all styles and genres with an assured confidence. The orchestra’s thoughtful programming embraces seminal mainstream works alongside fascinating rarities. The orchestra is adept in multiple performance practices, always aiming to get as close as possible to the style the composer intended – often stripping away agglutinated layers of tired ideas to reveal the freshness of the masterpiece which lies beneath.

The quintessence of the orchestra’s projects has been a cycle at the Moscow Philharmonia called Masterpieces & Premieres – in which musical masterworks are heard in their original splendour, alongside musical rarities which are returned once more to their deserved place on the concert platform. The performance of neglected masterworks forms a major part of the orchestra’s repertoire. The orchestra has given the first Russian performances of works by Handel, the sons of JS Bach, Cimarosa, Dittersdorf, Dussek, Pleyel, Triclire, Folkman, Kozlovsky, Fomin, Vielgorsky, Alyabiev, Degtyarev, and many others. The broad stylistic range of the orchestra enables its members to perform both rarely-performed music and the music of contemporary composers. Over many years the Musica Viva orchestra has performed music by V. Artyomov, A. Pärt, A. Sallinen, V. Silvestrov, T. Mansuryan and other living composers.

In recent years Musica Viva has increasingly been involved in large-scale projects – concert performances of operas and oratorios, featuring performances by leading foreign singers and conductors. Under the baton of Alexander Rudin the orchestra has given Masses by Haydn and his oratorios The Creation and The Seasons; Mozart’s opera Idomeneo, Weber’s Oberon, Beethoven’s Fidelio, Schumann’s Requiem, Vivaldi’s oratorio Juditha Triumphans, CPE Bach’s The Last Suffering of Our Lord, as well as Degtyarev’s Minin & Pozharsky or the Relief of Moscow. In collaboration with the British maestro Christopher Moulds the orchestra has given the Russian premieres of Handel’s operas Orlando and Ariodante, as well as his oratorio Hercules. The premieres in the 2015-2016 season have been a concert performance of Hasse’s oratorio I Pellegrini al Sepolcro di Nostro Signore and Handel’s operatic serenata Aci. Galatea e Polifemo, in its Italian version of 1708 – at the Tchaikovsky Concert Hall in Moscow. One of the most sparkling innovations which maestro Rudin has introduced with Musica Viva has been the ballet divertissement “Variations On A Rococo Theme” by Tchaikovsky – staged by Bolshoi Theatre ballerina and choreographer Marianna Ryzhkina – also at the Tchaikovsky Concert Hall.

The degree of immersion in music of many epochs has almost reached the level of musical archaeology. This was the basis behind the concert cycle of ‘Silver Classics’, which began in 2011. The repertoire of Silver Classics is music which was highly prized in its own era, yet which has somehow slipped through the chinks of today’s concert repertoire. The performers in this cycle include a Young Artistes Program of soloists who have emerged from the ranks of European music competitions, as well as a “Cello Assembly” to which maestro Rudin invites his fellow cellists.

The orchesta has recorded over twenty commercial cds, including releases on the Russian Season label (Russia/France), Olympia and Hyperion (United Kingdom), Tudor (Switzerland), Fuga Libera (Belgium), and Melodiya (Russia). Most recently the orchestra has been recording an album of the cello concertos of Hasse, CPE Bach, and Hertel, issued in 2016 by Chandos (United Kingdom).